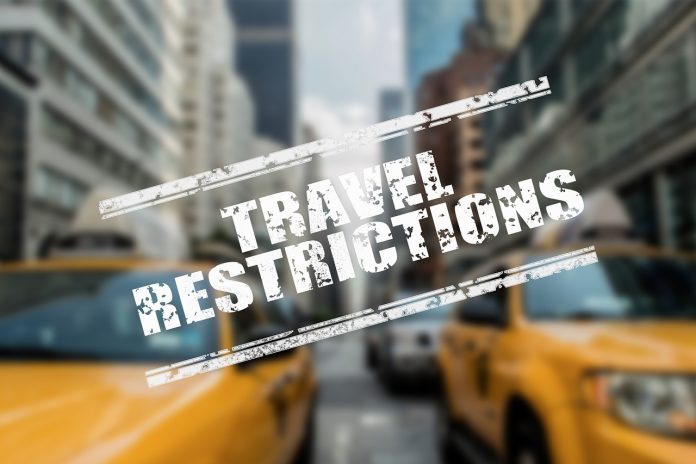 When the virus started breaking out in the country, Malaysia’s federal government announced a preventive MCO measure to curb its spread. MCO stands for Movement Control Order, commonly referred to as lockdown. The order prohibited the general movements and assemblies across the country. All the businesses, worship places, institutions, public and private premises were closed down except for the ones dealing with necessary services.

The recent CMCO (Conditional Movement Control Order) has been enforced on all of Peninsular Malaysia except Pahang, Kelantan, and Perils from November 9 until December 6. On November 13, The Senior Minister (Security Cluster), Datuk Seri Ismail Sabri Yaakob, announced updates in the SOP guidelines permitting three people from the same house to travel in a vehicle including taxi and e-hailing vehicles.

The recent CMCO decision was taken in a National Security Council (NSC) special meeting, considering the spike in the country’s coronavirus cases. The CMCO enforced in Klang Valley, Selangor, and Sabah will be extended for the same duration, that is, December 6, which was earlier supposed to end on November 9. The Health Ministry reported a significant increase in COVID positive cases and a higher rate of infection in Perak, Kedah, Melaka, Penang, Johor, Negri Sembilan, and Terengganu.

“A special NSC meeting was established which imposed the conditional MCO on these states based on the advice of the ministry”, Datuk Seri Ismail Sabri Yaakob reported.

“The Standard Operating Procedures are the same as other CMCO areas with a strict ban on inter-district and inter-state travel except for emergency services”, he added.

Workers who need to travel inter-district for their work will have to show their company letters and work passes. Education institutions will remain closed, and only two people are allowed to go outside from each household to buy necessities.

The major CMCO updates and SOP guidelines include:

People can find more details about the SOP guidelines on the NSC website.

The areas of Perils, Kelantan, and Pahang will remain under the RMCO (Recovery Movement Control Order), given the low number of COVID positive cases in these states. People of these states will have to follow their SOPs (Standard Operation Procedures).

Interstate travel is strictly prohibited to and from these three states. However, in case of emergency, an exception is provided with police permission. Inter-districted travel is allowed within these states.

Also, interstate travel from Sabah, Peninsular Malaysia, and Labuan to Sarawak is banned, except if you have prior police permission to travel. “Inter-district travel is allowed everywhere in Sarawak except for Kuching,”, Ismail Sabri added.

On the increasing number of COVID positive cases in Sabah, Ismail Sabri said that the Health Ministry would conduct an assessment. Based on the reports and recommendations of a suitable course of action, the NSC special meeting will announce its decision.

The economic activities under the CMCO hours also been announced, which includes:

Find the latest updated on booking online bus tickets only on redBus, Malaysia website and plan your travel in Malaysia accordingly.

Latest Travel Guidelines for Malaysians in 2022

Malaysia – Singapore Land Border Re-opened from the 1st of April

Book a Bus from KL to Singapore – Free Things to...

Book a Bus from KL to Singapore – Free Things to...