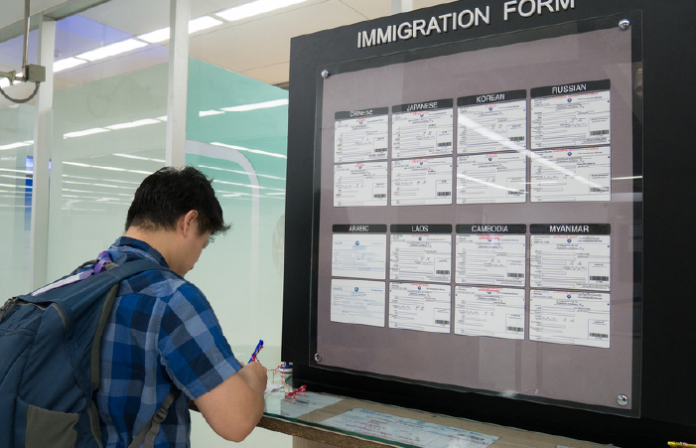 Malaysia is a beautiful country with a rich heritage and culture. It is a country situated in Southeast Asia. There are a set of immigration rules related to citizenship, public charge, etc. in Malaysia. It has a newly industrialized market and has a lot of growth opportunities. Between 1957 and 2005, Malaysia had one of Asia’s best growth rates, with a 6.5 % growth rate recorded annually. The number of immigrants in Malaysia has increased a lot over the years. Till 2019, 34,30,380 immigrants have established themselves in Malaysia, which has increased from 19,18,500 immigrants in 2005. Let us see the immigration rules and guidelines that have to be followed upon entering Malaysia by bus.

Difference between citizen and an immigrant

• The entry point should be an authorized entry point. For example, airport, terminals, or any entry points declared under section 5(1) of the Malaysian Immigration Act 1959-1963. Entering through unauthorized places can result in imprisonment and will be called an unlawful activity.

• A person should have any employment opportunity waiting for him in Malaysia to gain citizenship. If he/she cannot support themselves or his/her dependants, they cannot immigrate to Malaysia. The Malaysian government doesn’t want any outsider to become a burden on the government or people already residing there. It would be best if you were not a public charge for Malaysian citizens.

• A person who is mentally defective or carrying any contagious disease cannot enter Malaysia. Any person who possesses a risk/threat to the Malaysian citizens cannot enter the country. You can visit Malaysia for medical treatment if you have suitable documents. Suppose you have been directed to undergo a medical examination under section 39 A (1) of the Malaysian Immigration Act 1959-1963, and you refuse to do so. In that case, you will be counted as a prohibited immigrant.

• Any person facing an imprisonment term in any other country and has not been lawfully released cannot enter Malaysia.

• Any person who attempts to bring child trafficking and prostitution in Malaysia will be counted under prohibited class.

• Any person who advocates or promotes to overthrow the Malaysian government or any government laid laws shall not be given entry in the country.

• You have to show your vaccination certification against smallpox, cholera, and yellow fever if you are coming from an infected area.

• Any person who is a member of any terrorist organization or promotes killing is not allowed to enter Malaysia and can even land up in jail.

Immigration process while entering in Malaysia by bus

A lot of buses go to Malaysia from the neighboring country, Singapore. Some of the buses wait at the immigration point for their passenger while some do not.

Premium bus service providers like Aeroline, Firstcoach, etc. will wait for you at the immigration checkpoint, but if the authorities abduct you because of any fault in documents or any other terms, there is no way for the bus operator to know about it. In such cases, the bus will not wait indefinitely for you, and it will move on. If your checking process takes a long time, then the bus will leave as other passengers also have to reach their destinations. It is suggested that you read the rules and guidelines of immigration before reaching Malaysia. You can also book bus tickets online from Singapore via redBus, which will offer you premium bus services as well as economic bus services.

The immigration checkpoint is at the border, and you will also undergo customs inspection meanwhile.

Things prohibited to possess while coming to Malaysia

• You can only bring 200 cigarettes/ 50 cigars/ 225g tobacco without paying custom charges in Malaysia.

• You can only bring 1 liter of wine/spirit/malt liquor with you, and that can be allowed without paying custom charges.

• You cannot bring any goods/commodities from Haiti, South Africa, and Israel.

• Non-prescribed drugs & illegal drugs are completely prohibited, and you cannot possess them during entry in Malaysia. The Malaysian laws regarding drug regulation are very tough, so don’t even think about it.

• Reproduction of any currency is strictly prohibited while entering in Malaysia.

• You should not possess any weapons, firearms while entering in Malaysia.

• You should not possess any pornographic material while entering in Malaysia.

• If you are carrying any gift material with you, then it should not exceed MYR 400.

Does the immigration procedure take long?

It completely depends on the person. The burden of proof that someone is not a prohibited immigrant lies solely in that person. If you have correct documents and are not carrying anything suspicious, then it would not take you long.

In the case of entry in Malaysia by bus, the buses can wait for a certain time only. However, you can contact the bus operator, and some bus operators will arrange a seat for you in the next coach going from the Same route. Try to book your tickets from trusted platforms like redBus to avoid any inconvenience.

How to get Malaysian citizenship?

Many immigrants come to Malaysia to gain citizenship and residing permanently in the country. You can get Malaysian citizenship via registration or by Naturalisation. People who are applying for citizenship via registration must have basic knowledge about the Malay language. People who want to get naturalized must have basic knowledge about the Malay language as well as they should have lived in Malaysia for at least 10 years from the past 12 years. They should have also lived in Malaysia in the past twelve months preceding the application. You cannot get any other country’s citizenship while residing in Malaysia, as Malaysia doesn’t allow dual citizenship.

Immigration rules upon entering Malaysia by bus can be found on the Malaysian immigration website. You should check the website before traveling to Malaysia because you will be aware of new immigration rules (if any). It is suggested that you keep your documents well maintained to pass the immigration checkpoint in Malaysia swiftly.

How to Travel from Kuala Lumpur to Penang

Kapas Island – All You Need To Know