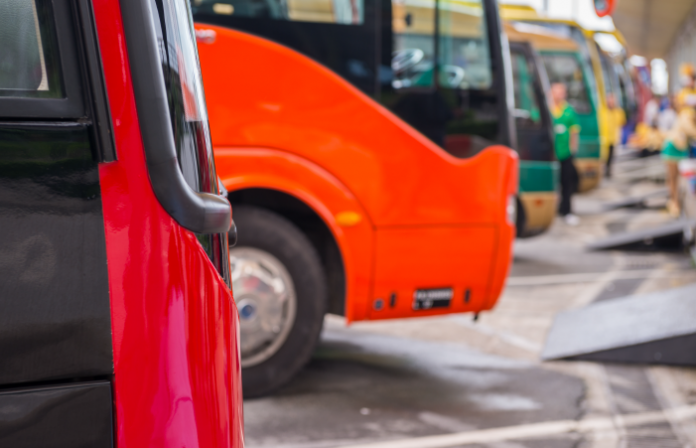 There are several bus terminals in the capital city of Malaysia – Kuala Lumpur, however, the following four are the most popular ones:

Situated in Jalan Pudu, close to Petaling Street, Puduraya Bus Terminal, also known as Pudu Sentral, is the central bus station in Kuala Lumpur. The bus terminal serves as the primary boarding and drop-off point for a large number of passengers traveling to different destinations in Malaysia. Pudu Sentral is at a walking distance from KL Chinatown, and the nearest train station here is LRT station.

Terminal Bersepadu Selatan, popularly known by its abbreviation TBS, is one of the major bus terminals in Kuala Lumpur that is situated near Bandar Tasik Selatan. If you’re traveling to the southern and south-eastern parts of Malaysia, such as Kelantan, Johor, Melaka, and Terengganu from KL, you’re likely to catch your bus from this bus terminal in Malaysia.

Apart from Kuala Lumpur, several other bus terminals in Malaysia are popular among the tourists and locals:

Putrajaya Sentral serves as a major transportation hub for the locals and travelers in Putrajaya. Bus companies like Nadi Putra and Rapid KL use Putrajaya terminals as the main transportation hub in Malaysia. Bus operators like Transnasional and Plusliner also offer their long distant buses from Putrajaya Terminal to selected towns and cities such as Kuantan, Kota Bharu, Kuala Terengganu, Johor Bahru, Melaka, Ipoh, Alor Setar, and Penang.

There is only one bus terminal in Genting Highlands, which is called Mushroom Farm Bus Terminal. The terminal is located close to the First World Hotel and Mushroom Farm restaurant, where the passengers can have fun at the casino, theme park and hotel. Many express bus operators offer their bus services from Genting Highlands to Singapore and various parts within Malaysia.

The Larkin Transport Bus & Taxi Terminal Complex is one of the largest public transportation terminals in Johor Bahru. Located in the town of Larkin, 4 kilometers away from the Johor City center, this terminal acts as the pick-up point from Johor Bahru to other parts of Peninsular Malaysia, as well as to Singapore. The terminal also provides facilities such as a bank, food stalls are located in the terminal building, and one of the best ways to get there is by taxis and intercity buses.

In Kota Bharu, Kelantan – two bus stations hold Xpress buses for daily departures and arrivals. One of them is the Jalan Hamzah Bus Terminal, which is located next to the KB Mall in Kota Bharu, and the second one is SKMK Langgar Bus Terminal located at Jalan Bulatan Yahya Petra behind Tesco Kota Bharu.

You may also like to read: TBS- How this terminal has raised the bar!

Plan your next trip with redBus for an easy commute from the airport to your places of interest and avail great discounts and amazing offers!

Feeling Sad? These Places Can Lift Your Mood

A New Heritage Trail Coming Up in Kelantan