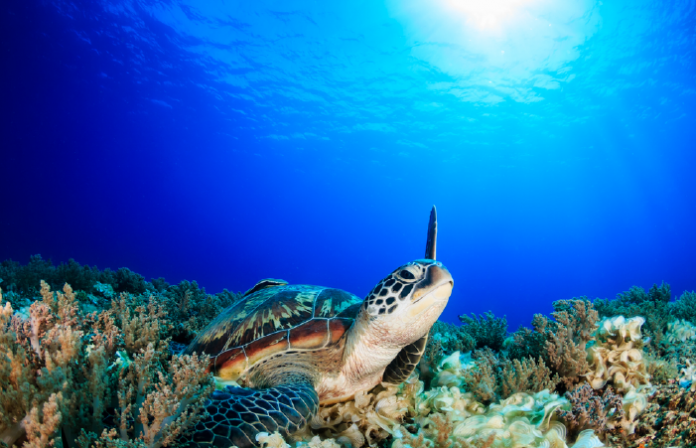 Malaysia is home to many significant species of sea turtle as these turtles use the sandy beaches for laying eggs. According to the WWF for Nature Malaysia, out of seven species of sea turtles on earth, the country hosts four species. These marine animals are important for the ecosystem of Malaysian oceans. Unfortunately, various human activities such as pollution, overexploitation, ineffective coastal development, and governance have threatened the little creatures. The other threats to sea turtles include egg poaching, consumption, and trade.

The Malaysian government has made various restrictions for helping these creatures and encouraging the turtles to come to the shore. Various sanctuaries and charities have also helped in protecting and incubating the eggs.

You may like to read: Best of Malaysia’s National Forests

There are four main species of Malaysian sea turtles:

Snapping turtles are also rarely seen. Snapping turtles might get aggressive if it feels threatened. For centuries, there were plenty of sea turtles, but today, these are facing severe threats and might even disappear from the world.

Where to see turtles in Malaysia

The Talang Satang National Park has four islands with a coastline where hawksbill and green turtles favor nesting. The coast is known for nesting of three other species of turtles though 90% of turtle landings here are the green turtles.

The wardens in the park, as a part of the marine turtle conservation program, place the eggs in protected hatcheries for a few weeks. The baby turtles are then guided back to the shores. The nearest bus stop to the national park is Damai Central, which you can book using redBus!

If you visit Malaysia between July and October, then you must definitely check out this park. The park itself houses many islands like Gulisan islands, Selingan, and Bakugan Kecil, where hawksbill turtles come to the shores.

The island park can only be reached through boats from the Sandakan. Selingan Island is a 60-minute boat ride away from Sandakan. There are flights from Malaysia that will take you to Sandakan Island, a place where to see turtles.

Tioman is popular for its colorful reefs, pristine beaches, rainforest jungles, and beautiful waterfalls, but the best place to visit on the island is the isolated Juara Beach where the baby sea turtles hatch.

The Juara Turtle Project also operates a turtle hatchery, and they collect eggs from fresh nests to protect and incubate them. Here, you can watch baby turtles hatching and even being released into the sea. Using redBus, you can book your tickets to the Tanjung Gemok Teachers’ complex, Jln Endau-Pekan, as it is the nearest bus stop to Juara Beach.

The soft shores and clear waters here are considered to be a paradise for hawksbill and green turtles. During the day, you might see a few turtles around the beach when you go for snorkeling.

Conservation and protection for the newly born turtles are given by the Perhentian Turtle Project as they collect and incubate them until the turtles are old enough to be back in the sea. You could take water taxis to get to this turtle sanctuary.

This place is one of the six nesting sites for the endangered Leatherback turtles in the world. Though the number of turtles coming to the shores for nesting has dropped rapidly over the years, there are still protection and conservation programs for these giant creatures. If you are lucky, you might be able to see the giant-shelled turtles making their way up to the shores for nesting. The closest bus stop to Rantau Abang is Cargill Palm Products Sdn Bhd, Jln. Gebeng 1/11.

The Cherating Turtle Sanctuary is a small conservation hatchery that is run on donations, by the local charity. However, if you go to the sanctuary during the peak nesting seasons, you will be able to watch the hatchlings breaking out of their shells and being released into the blue sea. The closest bus stop to this sanctuary is the Cargill Palm Products Sdn Bhd, Jln, Gebeng 1/11.

Malaysian sea turtles are one of the most beautiful parts of Malaysian wildlife, and it is important that we protect them before they become extinct. Use the redBus app or website to book your travel via bus to go look at the sea turtles of Malaysia. You can get the best discounts and offers on sightseeing trips and hotel accommodation on redBus.